The Full Moon of this time appears in the sign of Cancer, with the Sun in Capricorn. During this Moon, or just before, we celebrate Midwinter.

Since the New Year at Hallowmas, we have let go of the misfortunes and mistakes of the past year, and we have turned them in to the rich compost on which the Year's project can grow. Now it is time to search for the seeds of new growth. For over a month now, I have been aware of what the Year's task is. I start investigating which elements of my final goal are already present in my life. 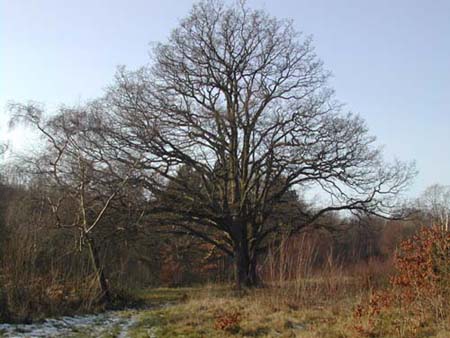 At my Full Moon ritual, I thanked all the Elements for their help, and everything that they give me, and promised to do some practical things for them. This is how Cairenn's story came to be written, and how I got the idea for this web site.

As the Moon passed, I learned to actively seek the help of the Elements, but also to give back to them. I developed a mutually beneficial relationship that hopefully brings good to the Web of Life.

Every Moon begins with its own Seed Tide, a period of about three days after the New Moon conjunction with the Sun. This is a time for deep thinking, reflecting on what elements of the Moon's task are already present in my life. It is a monthly mini Seed Moon. It is a time of thought and dreaming. A kind of brain storm in which I plan the course the Moon will take.

Every human life also has a Seed Tide. They are the first seven years of life, when a human child is still a seed of what he or she will turn out to be. Children mostly live protected in their parents' house or in their secluded school environment. It could be very useful for later life, if parents kept a record of the child's spontaneous likes and dislikes, their deep seated preferences. Because they are the seeds of our true lives, the ones we are meant to create for ourselves. 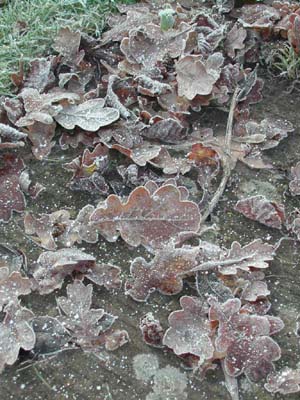 It has been a most beautiful Moon. Most days, the Sun was shining brightly, and the sky stayed clear through the night. We could see a lot of stars, even here in Harrow. That also made it bitterly cold, and for a week around New Year it hardly stopped freezing. Frost stayed on the ground all day and became thicker every night. It gave the fallen leaves beautiful frosted edges.

At that time, our central heating decided to break down. On New Year's Day, of course, when you couldn't get a plumber to come out even if you tried. So we spent a couple of shivering cold days heated only by a small electric heater and a coal fire in the hearth. If it was my intention to get a closer relationship with the Elements and Brighid, the Goddess of Fire, I couldn't have dreamt of a better way. We had to learn to rely on the Elemental force of Fire and the Goddess's hearth just to keep warm. It was a valuable lesson on how much we western humans depend on our machinery for just about everything and forget the elemental forces that still govern our lives.